How Do the Super Tuesday States’ Demographics & Economies Compare to the U.S. as a Whole?

How excited are you for Super Tuesday?

The 14 states that are holding Democratic presidential primaries on Super Tuesday will provide the best representation of the U.S. as a whole to date in the 2020 campaign. 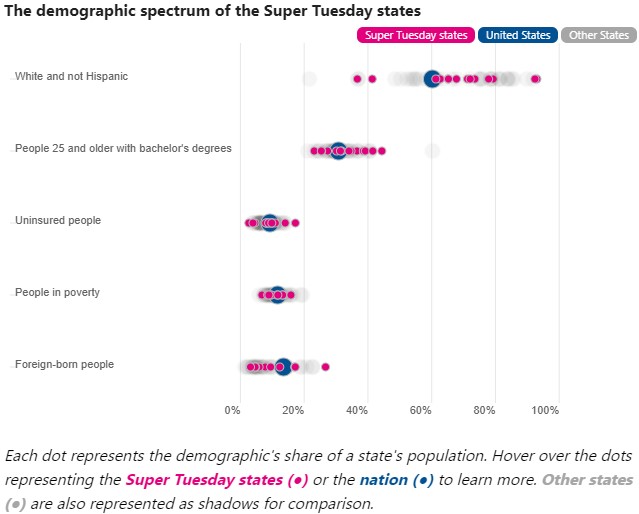 Overall, the U.S. population is 60.4% non-Hispanic white, and four Super Tuesday states reflect either end of the diversity spectrum: Maine (93.1%) and Vermont (92.5%) have the two largest proportions of white populations of all the states; whereas California (36.8%) has the second-smallest and Texas (41.5%) has the fourth smallest. Virginia (61.5%) comes the closest to the U.S. as a whole in that regard.

For the U.S. as a whole, the share of people age 25 and older with bachelor’s degrees is 30.9%, and a pair of Super Tuesday states are closely representative of the national average: Texas (30.3%) and Maine (31.5).

Poverty rates across the Super Tuesday states show the tightest distribution of the demographic areas profiled. Utah has America’s lowest poverty rate at 6.9%, while Alabama has the highest at 16%. California (11.9%) most closely mirrors the national average (11.8%). 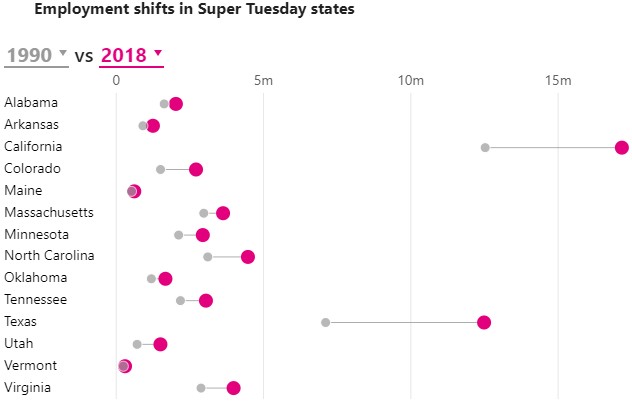 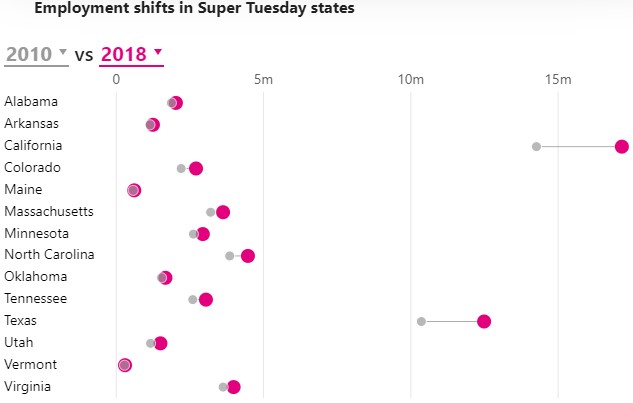 Six Super Tuesday states have a higher median wage than the national median of $38,640: Massachusetts, Minnesota, California, Colorado, Virginia, and Vermont. Massachusetts had the highest state median wage in the nation at $48,680 ― while Arkansas’ median wage of $31,850 was the second smallest of all 50 states.

Not only do the Super Tuesday states represent a demographic & economic profile of America, but they will also play a key electoral role as Democratic candidates seek to rack up the 1,991 delegates they will need to secure a majority and win the nomination outright.

Curious about comprehensive data for each state? Click the state links above or check out USAFacts’ Democracy Demographics experience.