'The Ghosts of Slavery Live On' - A Juneteenth Message from Countable's CEO, Bart Myers

Join the 108,042 people who've taken action on Countable this week

Today, Juneteenth, marks the end of slavery in our country. On this date,159 years ago, the last remaining slaves were emancipated. But it is not history. It is a wretched stain that is still with us. A somber legacy that remains real and terrifying for so many Americans.

For 246 years, Africans were ripped from their villages, homes, and families and cruelly brought to the United States to be sold as property, worked to death, never to see their families again.

After the abolition of slavery, every freed slave had to start from nothing: no property, education, inheritance, or support. Heroically, and in spite of these hardships, they set out to follow the American Dream. They did not set out to get revenge. They set out to build their lives.

Did the country welcome them and help them? Hardly. Racism was rampant in the United States and those who were once enslaved encountered obstacles at nearly every turn in the South and North. The ghosts of slavery lived on through the institutionalized racism of segregation and the Jim Crow laws. The descendants of freed slaves were second class citizens, with separate schools, seats on buses, even water fountains. The key to the American Dream - economic opportunity - was not equally available to them as job discrimination was rampant.

Progress and opportunity came, though slowly and only with great sacrifice. Heroes like Dr. Martin Luther King Jr., Rosa Parks, Thurgood Marshall, and the Little Rock Nine – and countless other unsung heroes - stood up and said: “This is not right.” Finally – after protests, after violence, after appalling mistreatment - the efforts of these individuals led to the end of segregation and the creation of the Civil Rights Act.

Fast forward to today. While much has improved since the Civil Rights Act, much has not.

The statistics are staggering: African Americans are more likely than white Americans to be arrested, contract COVID-19, not graduate college, and get paid less than their peers. Worst of all, they’re the Americans most likely to get shot and killed by police. Slavery has morphed into the prison industrial complex, and our housing, education, and police systems continue to display racist behavior and enact racist policies. 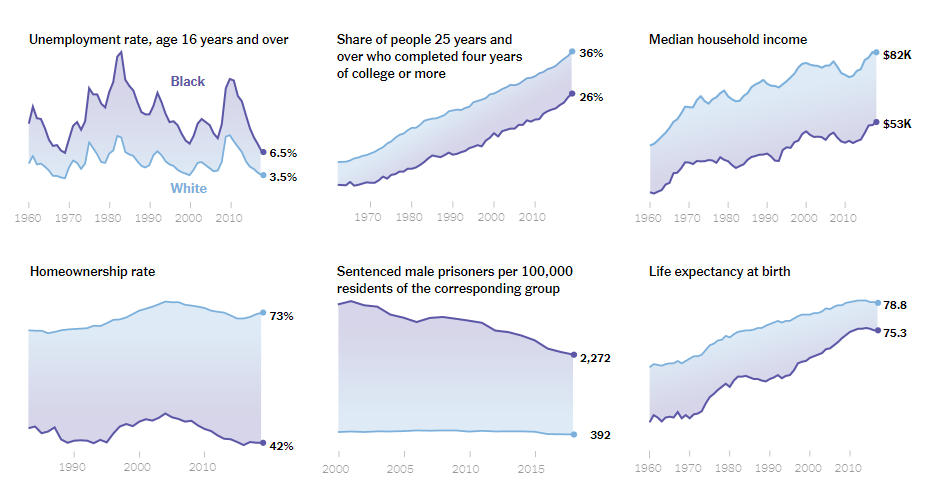 As a father, I can’t even comprehend the very real fear that African American mothers and fathers feel every day that their children could be killed. The fear is real. It has happened too many times. And it’s not just the fear that is real, but the systemic racism on which our country was built.

And it’s going to take all of us raising our voices to make it change. We can do it. But it’s not going to be easy.

We need our leaders to act. They ratified the 13th Amendment, ending slavery, in 1865. They passed the Civil Rights Act in 1964. Today, as the country is once again gripped by civil rights protests spurred by police-related killings of African Americans, they need to act again. Only the federal government can enact major change across the country.

Right now, in Washington, D.C., Congress is debating legislation to broadly reform policing in our country. It’s our job to make sure it’s not just partisan bickering. Your representatives need to hear from you. They need to know that you care—that you won’t vote for them this November if they do not act. Honor the legacy of Juneteenth by taking action today.

This is not a political issue. It’s a human issue. If you love your children, how can you not demand action, on behalf of every parent and every child, to keep them safe?

If not now, when?