Are you concerned about Nunes' contacts?

Call records included in an impeachment report released by House Democrats Tuesday show that House Intelligence Ranking Member Devin Nunes (R-Calif.) had a number of contacts in April with Rudy Giuliani and Lev Parnas, an associate of Giuliani's who has since been indicted for campaign finance violations.

Why it matters: The call records constitute some of the only new revelations from the report, which mostly relies on witness testimony that has been released to the public.

The big picture: The April contacts came in the midst of a smear campaign against former U.S. Ambassador to Ukraine Marie Yovanovitch, which was led by Giuliani, Parnas and John Solomon, a Trump-friendly journalist who formerly wrote for The Hill. 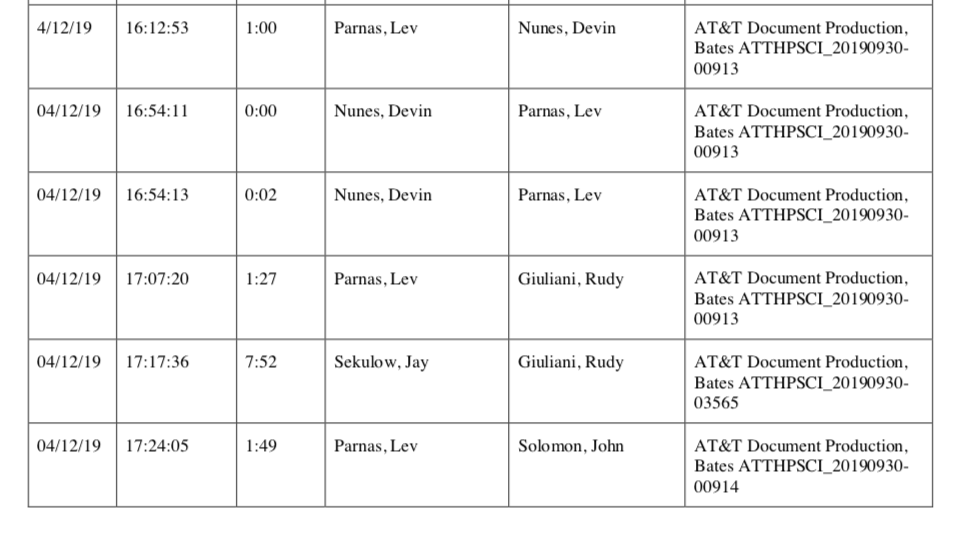